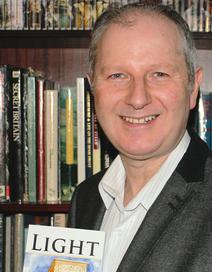 Eric Rendel is British and lives and works in Edgware. He is extremely involved in the Jewish community and for many years has been on the board of management of his synagogue and a member of the Council of the United Synagogue.

In 1982 Eric qualified as a solicitor and was senior partner in his own practice until 1997 when he then joined another practice as a consultant. In the year 2000 at the age of 42 he changed career and became IT Manager of a top 50 Chartered Accountancy firm and became their IT Director some years later. Eric now works as a freelance IT consultant specialising in software packages for professionals.  He has been an associate lecturer teaching computer science with the Open University.

Eric is the son of a Holocaust survivor. In recent years he has written articles on the holocaust for the synagogue magazine. The most recent article proved so popular that he was invited to give a public reading at the synagogue's Holocaust Memorial Day Commemoration before local dignitaries as well as members of other communities.

Eric's first story was a children's story which was published in the Jewish Chronicle in 1985 this was followed by another short story.  Eric then went onto write a full length novel, 'The Stone of Worlds' a sword and sorcery fantasy and he has now written a dark horror fantasy, called 'Light' the background of which hails from Jewish mythology and the characters are mainly from within the Jewish world, the evil force is his own invention. The book has been written with everyone who likes fantasy horror in mind and for non-Jewish audiences he has explained the Jewish expressions that are used throughout the book.